Who Is David W. Latko 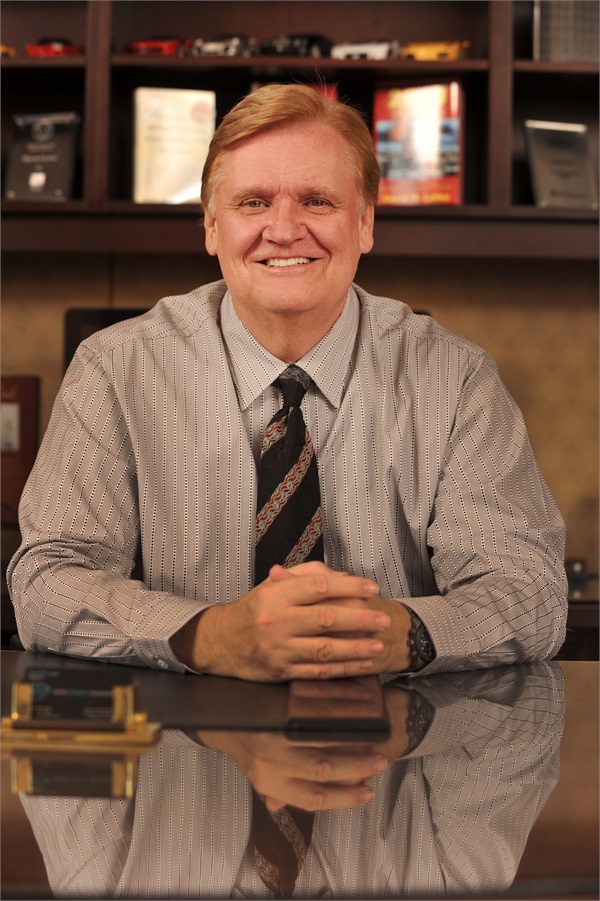 I was born into modest circumstances and raised in hard-working Hammond, Ind., where I entered Indiana University at age 16, graduated at age 20 with a B.S. in Education, and went on to earn dual Master's Degrees in Public Administration and Judicial Administration.

Initially, I pursued a career in the legal system, working for half-a-decade in the courts before following my interest in investments into the financial world in 1979. In 1981 my success there took me to more prestigious positions in several of the world's premier “brand-name” financial firms.

Encouraged by my success there, but chafing at those firms' ever-present emphasis on “sales-before-service,” in 1989 I set out on my own to create a financial-services company that mirrored his my own philosophy: an emphasis not on the company’s own bottom-line, but based on the best interests of each individual’s unique needs and circumstances.

This new company would not depend on steering customers into “product-of-the-month” purchases, nor would it pressure customers into frequent “buy-and-sell” cycles to boost per-transaction commissions. Just as important, this new company would be responsive to its clients-- communicating with them clearly and frequently, caring about their lives and happiness … even when it wasn’t trying to sell them on some “new” approach or speculation.

This new company became Latko Wealth Management, Ltd. which today oversees tens of millions of dollars of clients assets. And it does so with the same philosophic approach with which I entered the business in 1981. The results have been clear: ongoing growth of the company, and such additional honors as being named a SmartVestor Pro in association with Dave Ramsay, talk-radio host and a national leader in the field of financial management and a Five Star Wealth Manager award recipient.

Today, I remain the same man who once worked and studied from 8:00 a.m. to 3:30 a.m.—a hard-working schedule that many of my clients have shared in reaching their own success. I enjoy the rewards of a close-knit family who now all work with me in the business, a comfortable life and pursing my own passions: writing books and savoring fine automobiles.

The Story of Latko Wealth Management

The story of Latko Wealth Management is one of a visionary mission, of unstinting hard work… and of an enviable record, both for the company and for the clients it serves.

Latko Wealth Management has earned a national recognition for insight and expertise in providing financial services tailored to the specific needs of each individual client.

I have appeared as a featured guest on such programs as the CBS Early Show, Your World With Neil Cavuto (Fox), ABC News, CNN, dozens of broadcast-radio interviews and many more media appearances. I continue to be a valued guest, providing insights and expertise across broadcast, print, and Internet media.

This reputation and results led talk-radio’s Dave Ramsey to honor the coveted SmartVestor Pro (SVP) status, declaring myself to be among the select financial advisors sanctioned and highly recommended by the Ramsey organization.

In addition, I have been named as a "Five Star Professional" from 2012 through 2020. An award based on 10 objective criteria associated with providing quality services to clients such as credentials, experience, and assets under management among other factors. Wealth managers do not pay a fee to be considered or placed on the final list of year 2012-2020 Five Star Wealth Managers.

I am the author of the critically and professionally acclaimed books Everybody Wants Your Money (HarperCollins) and Financial Strategies For Today’s Widow (Simon & Schuster). My advice on “How To Choose A Good Financial Advisor,” excerpted from the chapter of the same name in Everybody Wants Your Money, has been widely quoted by investors and consumer advocates across the country.

I have also authored the fictionalized “2019: Dystopia USA – A Novel Of America’s Twilight” which won critical praise for its profound insights into the likely outcome of American economic policies in today’s world.

As former host of my own nationally broadcast talk-radio program Money & More, I have debated issues and mined the insights of such giants in the business, financial, political and news-media world as Steve Forbes (publisher of Forbes Magazine and a past Presidential-nomination candidate), Robert Kiyosaki (author of Rich Dad/Poor Dad), Newt Gingrich and Dennis Hastert (both, former Speakers of the U.S. House), political pundit Ann Coulter, and John Stossel (consumer advocate and host of ABC-TV's 20/20 news magazine), and numerous other notables.

Never have I feared to challenge of “conventional wisdom,” as in my widely publicized on-air debate with David Bach, author of “The Automatic Millionaire Homeowner,” in which I debunked many of the questionable assertions Bach had made regarding the financial aspects of home ownership—this, months before the housing industry crashed.

I have professionally advised financial clients since 1981. Latko Wealth Management is an independent financial consulting firm which, since its creation in 1989, has guided the wealth of its clients through every economic climate and every stage of their life’s transitions.

Today, more than 95 percent of all Latko Wealth Management's clients have remained with us and are now joined by new generations of clients who seek our expertise.